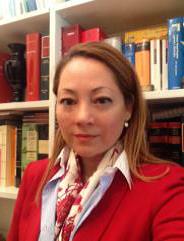 Dr. Emmanuela Truli is an attorney at Law admitted to the Athens (since 1998) and the New York Bar (since 2004). In the past three years she has returned to private practice for medical, commercial and competition law matters. At the same time, she is a Lecturer at the Athens University for Economics and Business, teaching civil and competition law to under- and post-graduate students.
She holds a Ph.D. from the Ludwig Maximilian University of Munich and an LL.M. from Columbia Law School, New York. She has published her doctoral thesis in Germany and academic papers in Greek, German, UK and US journals. She has worked in major law firms based in Munich and Athens. Her areas of expertise include civil, competition and general commercial law. She speaks excellent English and German, and understands French and Spanish.
In the years 2006-1013 she served the Hellenic Competition Commission on various posts, starting as Legal Expert, then as Head of Division and Deputy Head of Legal Services. In 2010, she was appointed to the Board of the Hellenic Competition Commission. Currently she also serves in the Board of the IAPR.